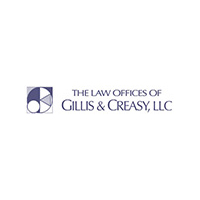 As you know, we first began working with D360 when we moved our office and upgraded our telephone and network system. I was very impressed because I specifically remember you coming over after business hours and working into the evening to insure that the transition was seamless. It was seamless and my law firm was up and running the next Monday morning.

Further, you will recall that the hard drive on our server failed last Summer. D360′s response was very prompt and nearly immediate. By the end of the afternoon, we were back on line with a patched system while Michael took lead on having the information on our hard drive recovered. By the end of the week, Michael had been able to retrieve almost all of the lost data and had our system upgraded with the most current updates and back-up systems.

In sum, D360 delivered its services and products as promised, and, has always been there to assist with troubleshooting difficulties when they arose… Even when such difficulties had nothing to do with the original scope of work. My experience with Michael and D360 has been nothing short of exemplary and I recommend them without reservation.